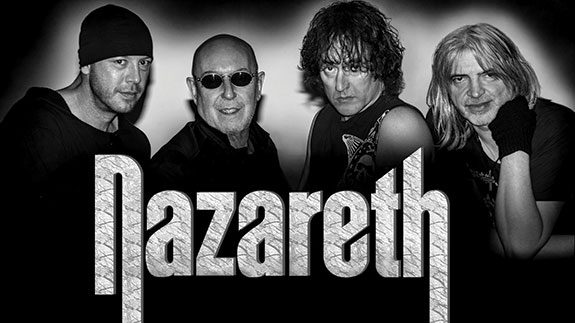 Nazareth is without a doubt the biggest Rock Band to emerge from Scotland, and were the pioneers, eventually acquiring legendary status, who took Scottish Rock international. The classic album that brought them American success and international acclaim was Hair of The Dog and its title track along with the beautiful song, Love Hurts which became a worldwide hit, reaching No.1 in many countries. Other big hits include, Broken Down Angel, Bad Bad Boy and This Flight Tonight.